Modeling the setting was really easy. I actually did all of the set in two class periods (so only 6 hours). Especially since there’s nothing very fancy that I had to model, I was able to quickly develop the scene. Really, it’s five walls, a top chunk, doors, outside porch, and a box office window. I had enough time to get two benches inside the cinema lobby, which only one was shown. 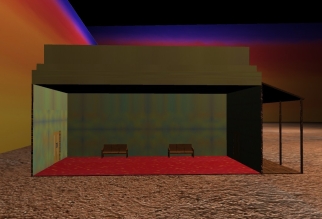 The other shots that weren’t inside/outside the main theatre lobby were also easy, because really it was just creating a rows of seats. And if you create one chair, then you can duplicate that as many times as you want for one row, and then copy that row and move it back… and so it’s really not hard to create a single shot of a movie theatre of just the seats. 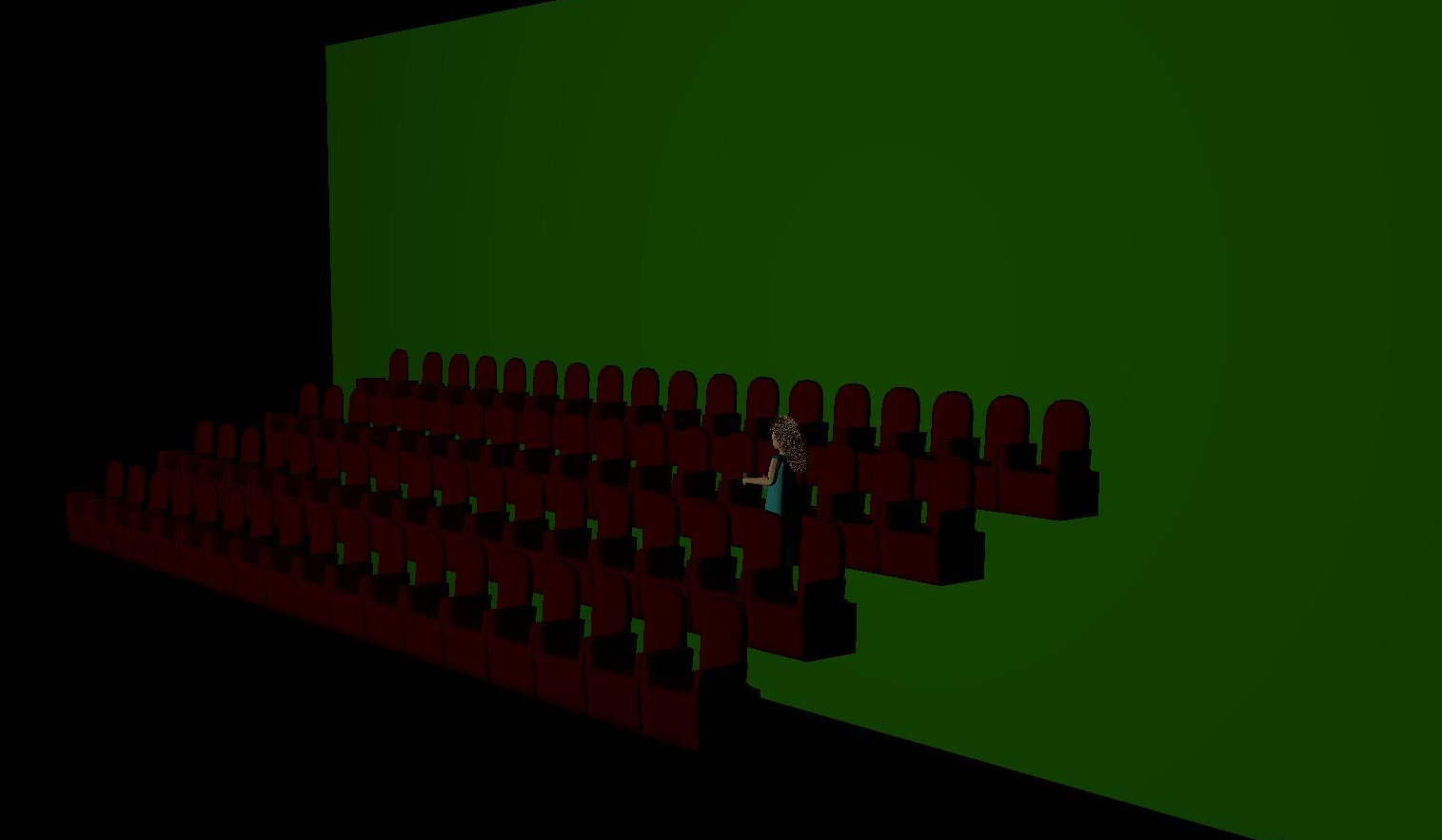 And the gaslight was just creating a floating gaslight. The fire aspect was a bit more difficult. It was just tweaking certain things and rendering, going back and tweaking something else; rendering… correcting small mistakes to get the right type of fire. And that wasn’t too hard to do; just really tedious. 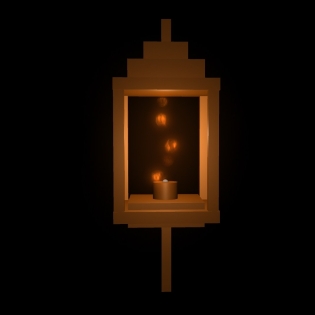 I started with the head of Addie, which is the most difficult thing to do other than the hands, in my opinion. The first faces were the nose, and then I kinda built it off from there. It looks very squarish and odd, kinda uneven, because I was working from a side view only. It’s really difficult to work off of just one perspective. I didn’t have the artistic skills to create two views that were of proportion though, so I wound up with this side profile that looks good (from a distance), but a front facing monster almost. 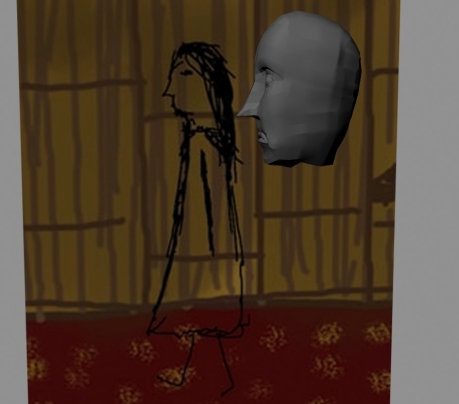 It took a good two weeks to do that. The other thing I played around with was hair, which was another two weeks. I’m actually not sure how I finished ahead of schedule because I was messing with the hair for a good portion of the time. The main problem was that, somehow, a few strands of hair would go awry on the sides and I’d spend minutes trying to get them straight. And then I’d realize that I had edited on the wrong sculpt layer so I didn’t have the same style, and I’d have to undo everything. On top of that, once I rigged the thing, the hair didn’t attach itself properly so I’d move the body, but the hair wouldn’t move with it. 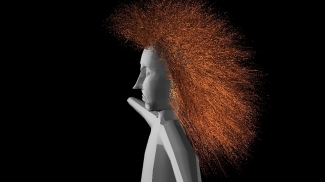 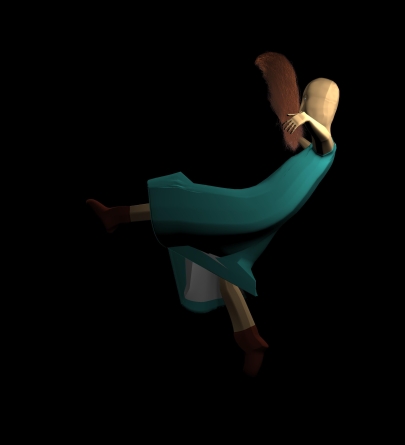 So the body was just a roughly-modeled block because I was really just done with the entire process.

I named the body “Le Body Of Christ Our Lord” just as a joke. I think someone in the class commented on the whole process of animating a character and making it move as being god-like. So it was kinda a joke to myself. And this weird thing happened when I tried to rig the body where it created a duplicate movement (I forgot to delete all mesh history) and so I had “Rigged Addie” under all of the joints, and then the mesh. And there was this random group called “Le Body Of Christ Our Lord” which, when deleted, gave me this

before completely crashing Maya. So it became a new joke that you couldn’t delete God.