It was important that the visuals reflected the nature of the story. There’s no conflict at all, and ultimately, you get a flat story. However the themes are very diverse, and there’s a lot of detail that went into the construction of the paragraph. It was written to provoke a mood, and to be visceral in it’s visuals. It’s disorienting a bit as well, especially if you’re not used to the style of writing.

So most important was the mood of the film. I wanted people to be left with a kind of hollow feeling inside. I wanted them to really dig around and take away their own meaning, maybe spark a discussion with someone else who watched it as well. So to get this, I wanted everything to be minimal on a grander scale, and focus more in intricate details. There’s nothing around the cinema, and no tumbleweed or anything else cartoonish. It’s as if you were walking in the middle of a sandy sunset, and all of a sudden there was a cinema just there.

Getting more specific, I wanted everything to have an older, rustic look. Aged wood, the Western-themed building, even the prices at the box office were to reflect a time in the past. And yet they all don’t really match up. Prices are from the mid 1900s, the architecture from the 1800’s, gas lights…

The colors were important. I spent ages trying to get the right shade of brown, or the right mixture for the sunset. I chose a lot of browns, really nicely-rich and warm browns. They’re very welcoming in my opinion (I did want an element of comfort while watching the film), and not new-feeling at all. The sunset was important because it added a contrast to the cinema, and allowed me to play around a bit more with color. 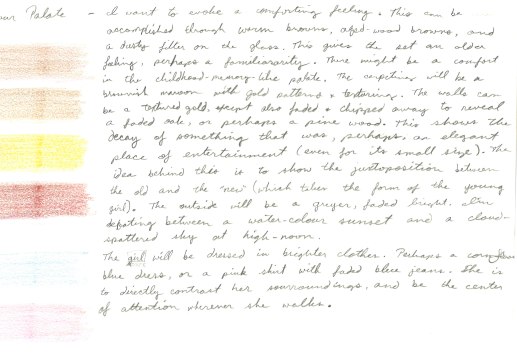 I believe the only thing that’s not a warm color is Addie’s dress, which is a kind of cornflower blue. I really wanted her to stand out in the frame, and give that contrast from the really old set, to a younger girl.

I would have liked my camera shots to have been longer, allowing for more time to elapse naturally, however this was a final project for a class and I was restricted to a 45-second animation (excluding title credits of course). So I really had to make each shot count, and distribute time wisely. So there aren’t many cuts (7 in total). In addition, I wanted a very rigid movement, nothing fancy or hand-held. Just a smooth, parallel line. So eventually I got a rough idea of what the film would look like. 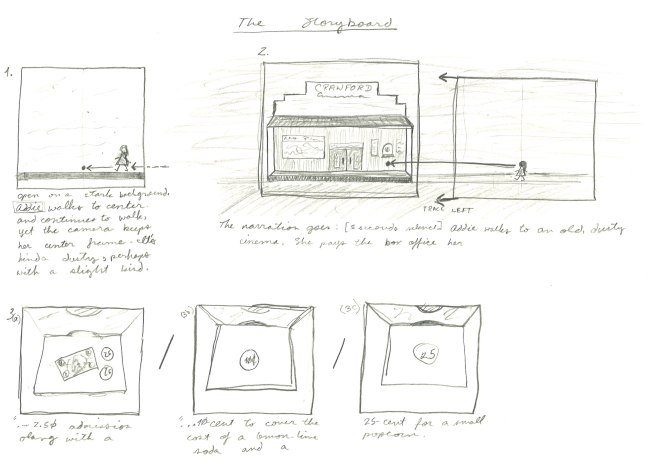 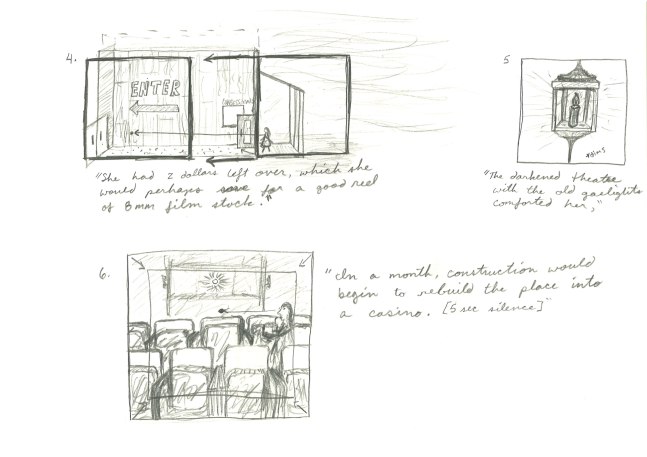 And then moved on to creating the animatic. It was then that I really had a chance to play around the the textures and camera movement. And that was when I got into choosing an aspect ratio. I chose the 1:1 as an aesthetic at first, really because it gave the film an older look. But also drew out a very square-ish feeling, that feels comforting, while at the same time also looking foreign. 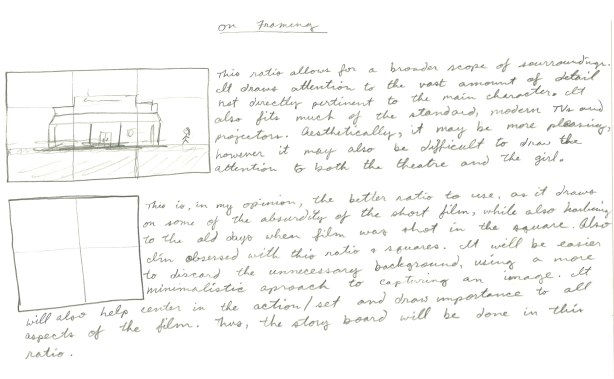 So finally I had a complete storyboard, and character details, and an animatic. The one thing that I didn’t have was the actual character, Addie. I spent so much time just trying to draw her and get details perfect, and I’m not a great drawer when it comes to people. I think I strove a bit too much for perfection at the start, and then went into complete cartoon overdrive. 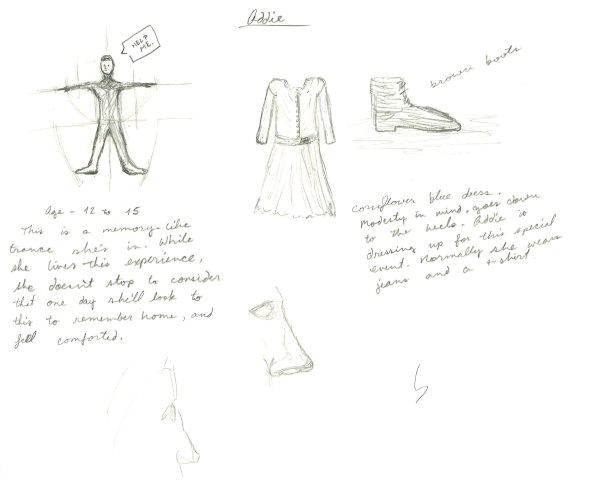 I think I ate up three hours trying to draw a perfect sketch. I got to a point where my friend, and mentor, just told me to get something done. So I threw something on the page and headed to the modeling phase.